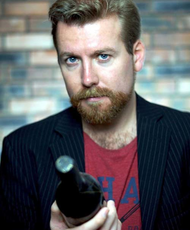 Neil started his comedy career in Scotland 16 years ago, where he remains a regular act at the highly-regarded Stand Comedy Clubs in Glasgow & Edinburgh.

He now performs in locations across the length and breadth of the British Isles, attracting widespread concern, and has also entertained international audiences in places as far-flung as Tenerife, Croatia, Serbia, Slovenia, Romania, the Czech Republic, the two Channel Islands you can actually get to, Florida, California and Kent.

“A clear ability to craft a gag.” Chortle