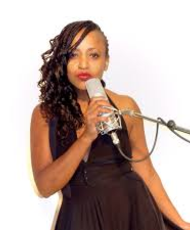 Since making her debut on the London circuit in 2010, Njambi has been hard at working establishing herself on the UK & International circuit. Originally from Kenya but now living in London, Njambi has become a familiar face on the circuit and at comedy festivals across the UK. Racking up an impressive 5 solo hour shows at the Edinburgh Festival her most recent ‘Breaking Black‘ was picked up by Next Up Comedy, Amazon & Apple and released as her debut comedy special.