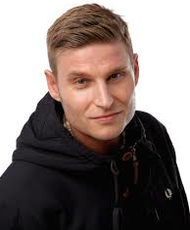 After starting comedy in late 2009, Scott has rapidly established himself as one of the fastest rising stars on the UK circuit. Likeable, with a warm and engaging delivery, he is a Yorkshire live wire with an undeniable no nonsense logic.

In demand by many of the big clubs, Scott delivers wry observations on the absurdity of modern living. His sharply written routines have been delighting audiences across the country. In 2017 Scott supported his comedy hero, Rob Brydon on his National UK tour dates for his latest show “I am Standing Up”
and in 2018 Scott was tipped as one of the “ones to watch” by respected industry online magazine, Chortle.