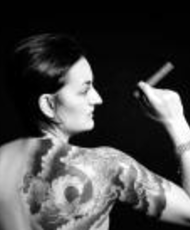 Bursting onto the comedy circuit in 2004, Zoe won the prestigious Funny Women competition and reached the final of Channel 4’s ‘So You Think You’re Funny’ in the same year, and has since established herself as one of the country’s leading comic talents. A regular contributor to various radio shows on Radio 4 and LBC, Zoe was also invited to become a patron of Pride in 2007, joining a select elite including Stephen Fry and Sir Ian McKellen. Has appeared on both Mock the Week and the Michael McIntyre roadshow.

“Enthusiastic, likeable, a razor-sharp talent…animated, likeable and confident…” – The Scotsman